I’m just home from my twelfth Glastonbury festival and my best-est ever! Three sumptuous days of blazing chaos. If you have not yet had the pleasure of this festival, liken it to a  jam-packed raucous balance somewhere between heaven and Armageddon. And this time with a little bit more politics than usual too thanks to Jeremy Corbyn.

My middle sister Sophie was performing her walk about show and stage managing for Ockam’s Razor. She got my little sister and I free tickets and backstage passes, giving us the opportunity to have far more fun than can be squeezed into three days and definitely into one blog post.

So many awesome treasures and a few ticks on my bucket list too.

And the best moment of all was standing in the Left-Field tent listening to Jeremy Corbyn. We waited shoulder to shoulder for thirty minutes as his awaited arrival. Intermittently serenaded with a repeating chorus of ‘Oh Jeremy Corbyn’ to a rift borrowed from Seven Nation Army by the White Stripes. This became the sound bite of the festival sneaking into acts at every opportunity.

Jeremy arrived and when the crescendo died down gave a speech so full of promise that the girl behind me sobbed her heart out and I couldn’t help but shed a little tear too. 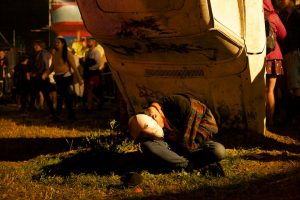 Glastonbury has always felt very political, but this year felt as though it packed a pledge for change on a par with the early festivals of the sixties. Listening to Jeremy Corbyn, and the buzz of the crowd as he inspired everyone I see this could be the brink of a revolution. With Corbyn at our helm we can claim back our NHS and salvage something of our relationship with Europe.

He spoke about supporting our old and infirm. He described what a difference it would make to so many people if the top five percent of our country’s earners contributed just a little bit more. If the system started to squeeze from the top instead of ripping away at the bottom of society. 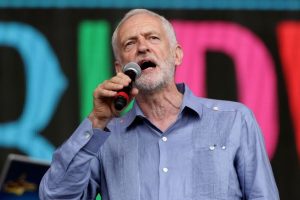 Among his stories, he told us about his visit to a refugee camp where he talked with a little girl. She was stuck in no mans land but dreamt of being doctor. He talked about people coming together, eradicating hatred and harnessing potential, to move our world and our country forward.

Jeremy has had a lot of stick for his Glastonbury appearances. But not from me. I’m inspired. I have gone home believing that there can be change and I have faith that he can lead us. He has shown me that we can make this country somewhere I can be proud of again and that isn’t built on a web of lies.

So as fun as all the dancing was, I feel honoured to have been there when Jeremy Corbyn spoke. The hope he has given me will last a lot longer than my sore dancing feet.

And one day in the future, when everything he has spoken of has been achieved, I’ll be able to say I was there. I was at the festival that Rocked our World.

Viva la Revolution and bring on the next election! 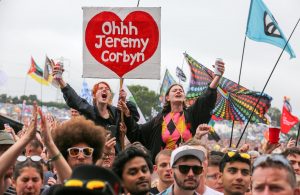