Dummies Drama and Super Nanny to the Rescue

The trusty dummies have been the hot topic in the studio this week. Is it wise to introduce one? Are they a wonderful help or a hinderance?

When my babes were little, my boy wasn’t remotely interested in dummies, but my daughter loved them and hoarded them like treasure. 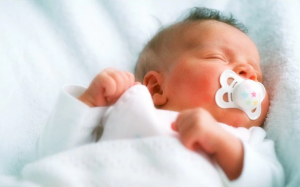 As Freya grew older, we stopped allowing the dummies to leave the house, but kept them as part of her bedtime ritual. Near bedtime she’d go off upstairs hunting for her dummies. Then she’d come down with four or five stuck her fingers like oversized rings. They were a wonderful tool for settling her. But things would always backfire in the middle of the night. She would lose the dummies in her bed and then wake the whole house in her frantic search to find them.

We knew we had to deal with this nightly drama, and the crunch came when we visited the dentist. After a great deal of persuading Freya to open her mouth, the dentist took one look at her teeth and told us she needed to stop using her dummies. We were seeing distortion on her baby teeth. The dentist said this would also begin to affect her adult teeth underneath if she continued. It was clear the dummies had to go, but how to do it?

Super Nanny to the Rescue

Taking a tip from Super Nanny’s book; we made a ritual of leaving her collection of dummies at the bottom of the garden one evening as an offering to the dummy fairy. In the morning, miraculously they were gone, and the dummy fairy had left a pretty dolly was in their place. 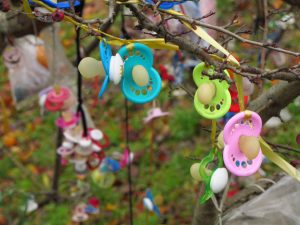 All went smoothly for a couple of days and then, in a paddy over something, my little girl stormed to the bottom of the garden with her dolly and left it there. Presumably planning on swapping it back.

She soon found out that the dummy fairy has a strict no returns policy though and the dolly was here to stay! After a few days all was forgotten and these days she has beautiful teeth.

I love Super Nanny’s approach to parenting. If you haven’t come across her yet, she is well worth looking up to see how she deals with various situations.

And as for whether or not to introduce a dummy, I’d say if it works for your child, give it a go, it will be much easier to trade away a dummy than a thumb! 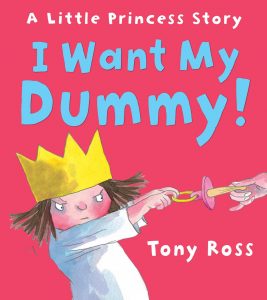