How To Grow Up Great – Who Influences Your Child?

This week I watched the film 20th Century Women. It’s a lovely story of a single mum raising her teenage son in the seventies. The two of them share their home with a couple of lodgers and as the story develops, the mother, Dorothea calls on her lodgers and her sons best friend to help her to raise her son Jamie. She thinks that they can help him to grow up great. 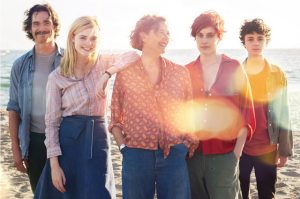 The story really got me thinking about how our own choices affect our children. We have made these people, and now we need to make sure they grow into good people. Right now mine are little and we are focused on making sure they have a great childhood, but soon enough they will hit their teens and then I know I’m going to have my work cut out not making the same mistakes my Mum made with me.

They say we are the average of the five people that we spend the most time with. These five will shape who we are and that goes for best and worst traits. So it is very important to think about who surrounds and influences our children and us. This could have quite an impact on whether they grow up great. 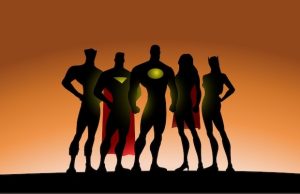 Last century we could have a fair idea who was in that close circle was: family, friends, school associates. Now since the advent of the Internet, that circle has grown astronomically, and yes it adds up to a lot more than five influencers, but perhaps that will change the original theory if the five people are constantly changing.

My son loves You Tube. Last year he was hooked on Evan Tube, to the point that he developed his own bizarre American accent. He even had a go at filming some of his own movies and created a website. Today it is Tony Hawks and he is avidly learning to skate board.

The internet has been fantastic for opening up the world and making so many resources instantly accessible. But I can’t help being a little bit scared by it as well, not knowing who will be influencing my children next?

In the film, Dorothea is earnest to raise a good man. Her female lodger plies Jamie with feminist books to give him a new perspective on life. The son takes an interest and the plan starts to fall into place, but then Dorothea decides it is all too much and wants everyone to back off. She realises she is loosing control.

I have a feeling that letting go will be difficult for me too. My own Mum gave me no room to learn who I was, and I reacted by crashing out of the cage I felt I was in. I ran away from home a lot and did a lot of dangerous things. But thank fully with some degree of luck I came out of the other end unscathed.

This idea of raising a good man/person is what has sparked my imagination, who could I draw on to influence my children when they reach their teens, and what influences do I want to impart on them. This idea of giving conscious direction is a new and powerful idea to me. 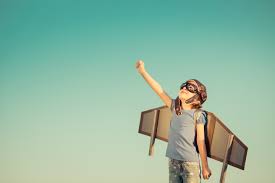 I want my children to grow into people who are happy in their own skin, and confident in their own thoughts and opinions. I want them to be conscious of how their choices will affect others and the world around us. And I want them to feel that they can do and achieve what ever they set their minds to (so long as they work hard and smart).

The story winds up with Dorothea learning to let go; Her son Jamie grows from his lessons and reacts to Dorothea giving him space by reaching back out his mother. Then they all live happily ever after. 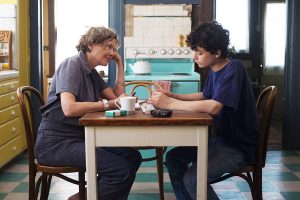 I do hope the same goes for us. Best get to it because I really do want my children to grow up great.

PS.  I recommend watching the film – 20th Century Women (as well as having a gorgeous story it’s beautifully shot too).