I received a very interesting email this morning, it seems Megan Hildebrandt hates my videos! Or more precisely she hates the video created by my son at four years old. My husband and I laughed. Amazed that Megan Hildebrandt would have such a strong opinion of our little boy showing off his lego building skills. Have we met our first troll? 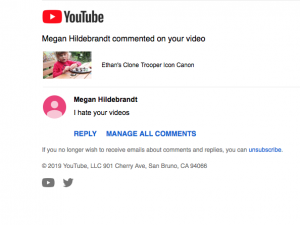 When I was little, we used to make radio shows on a tape deck. Wonderful fun; we’d host interviews with other kids in the village, report the news and even write our own radio plays. At one time we had so many of these tapes, but now I don’t even know if they exist any more.  Our performances were limited to those tapes and I don’t even think anyone listened to them except us. Megan Hildebrandt certainly never had the pleasure.

At fouryears old my son’s idol was Evan from Evan Tube. So much so that for a while our son even developed an American accent. He was obsessed with the little boy that got to test drive so many amazing toys. My son also wanted to be a You Tube presenter. And why not? Video presenting is today’s version of the tape deck radio shows of my childhood.

So we made a video in this style, ‘Ethan’s Clone Trooper Icon Canon’. Our little boy had great pleasure making it, and then he moved on to other games. 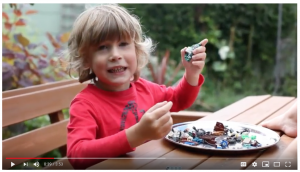 The American accent was a bit much though, so at that point we decided we needed to put a few rules in place and curb his watching. We started media free Mondays and since then have been very conscious of finding a balance between screen time and real play. 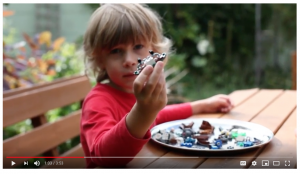 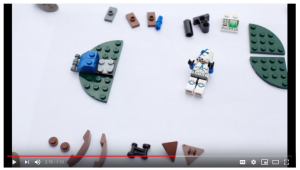 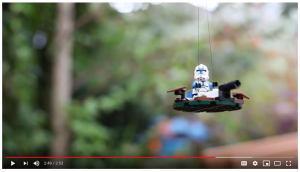 We have laughed about this email today, but social media does frighten me in regards to my children. Friends who have older children have told me about the problems they have had with bullying and inappropriate texts and videos being sent to their children. Our kids have to learn and explore as they grow but the internet is such a huge playground and so much more permanent than those lost tapes of my childhood. Social media is going to be our children’s space as they grow up and we are going to have to let them navigate it alone.

Life is about Creating Yourself

My husband told me a great quote from Bob Dylan this week “Life isn’t about finding yourself, it’s about creating yourself.” I think this is very empowering, thinking this way gives us the permission to be whoever we want to be.

We’ve still got a few years to go until our children will be venturing into cyberspace alone. I hope we can instil enough confidence in them that they don’t feel the need to crave self affirming likes through constant selfie posts and attention seeking videos. The relationships they build on and off line are going to be the key to their happiness so I want my children to be able to create a version of themselves that they can be proud of for many years to come.

A note to Megan the Troll

And perhaps someone could inform Megan Hildebrandt that she’s going about it all wrong. She will gain more pleasure in life by making people feel good about themselves than she will in writing mean comments on four year old children’s videos. Does she really want to be thought of as a troll?

PS. If you click on the video, stick around for my daughter’s cameo at the end, it is priceless. 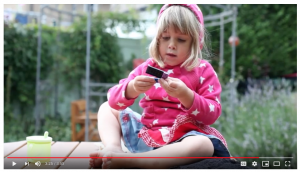