The flowering of the bluebells brings one of the most beautiful portrait settings of the year. Picture your little one nestled in a cloud of the flowers. Or romping through woodland cascading with their blue hue. A Bluebell Photo Shoot is Timeless!

A bluebell photo shoot is so special that this year they have been more popular than ever. Over thirty families have wanted portraits amongst the flowers!

It’s exciting to be so busy, but with such a short flowering period and the unpredictability of our marvellous British weather it has been quite a logistical challenge to make it happen for everyone. And just to make the event even more tricky. This year, the flowers arrived a good two weeks early demanding a total reshuffling of the diary! But we did it, and almost all of our shoots went ahead as planned. 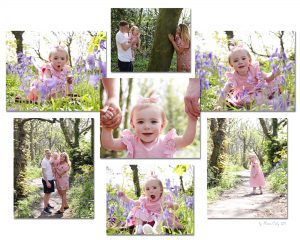 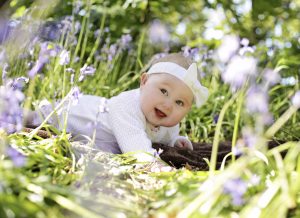 And we have had every weather for these sessions. Over our amazing Easter you could easily think some of these portrait sessions had been held in the height of summer, then a few days later gung ho families were happy for their shoots to go ahead with us giggling in the rain. 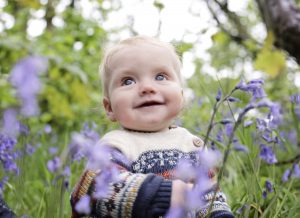 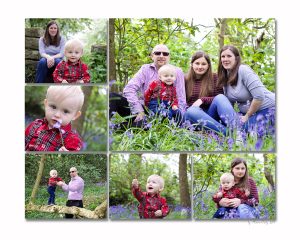 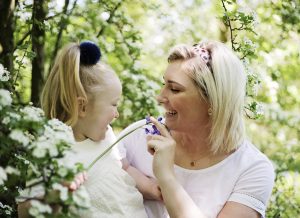 I’ve been amazed to learn that the flowers open later inland than they do on the coast, so this year we were able to extend the photographing period by moving locations. Starting in our usual wood over in Heysham Village and then moving towards Kirkby Lonsdale.

So I’ve been bluebell spotting everywhere I have been and taking note of what state the flowers have been in for a bluebell photo shoot. I’m becoming quite an expert! To check out our newest location, the kids and I did an early morning reccie which was a fabulous mini adventure in itself. Getting lost, climbing walls and enjoying the world and a picnic breakfast at a misty 6am. 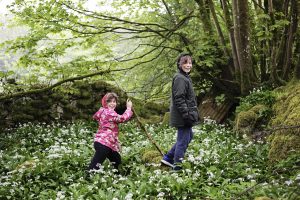 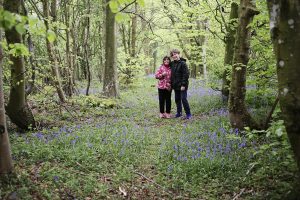 And to close this year’s season, we had a bluebell photo shoot that was one of a kind! We were joined by a neighbouring dog and two cats who were very keen to join in. Not only did they repeatedly photobomb the portraits , but one of the cats took to climbing all over me while I was making the photos. So funny! 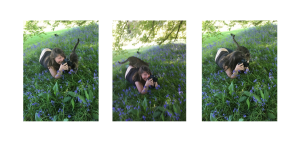 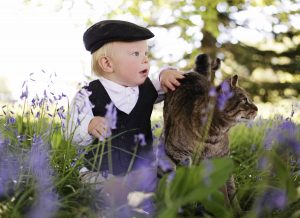 All the adventure aside, it’s a real privilege to be able to make such special portraits for my clients. I really cherish being able to get out and enjoy these beautiful settings year after year and whatever the challenges! We are so lucky to live in such a beautiful part of the world and making memories in these special places couldn’t be more valuable. I plan on being out and about a lot more this year and I am very much looking forward to our summer run of location shoots, we’ll be at the beach next if you want to dig out your bucket and spade! x 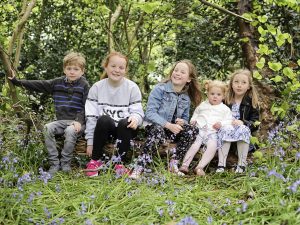